How to identify plastic cups that are harmful to the people

This plastic is considered to be safe , but there are some issues to be aware of.

The primary problem is that antimony , a metalloid element with toxic qualities, leaches from PET. The rate of leakage increases with temperature. Normally, the amount of antimony that seeps into liquid is well below the US Environmental Protection Agency's maximum contaminant level. But that assumes the container stays at room temperature.

According to the US Center for Disease Control (CDC), antimony can cause acute and chronic health issues, such as diarrhea, vomiting, and stomach ulcers .

Studies indicate that storage of these bottles at extended periods of time, and at increased temperatures, can result in unhealthy amounts of antimony. For example, a bottle stored at 60 degrees C for 176 days will yield unhealthy levels (maximum contaminant level (MCL) of 6 ppb), as would a bottle stored at 85 degrees C for just 1.3 days. These are very reasonable temperatures, and could typically be reached in warm garages or cars in the summertime.

Three years ago, a study showed that microwaving can significantly increase the rate at which antimony leaches into PET bottles . The authors recommended that plastic bottle manufacturers wash bottles before first use to remove metal contaminants like antimony.

And in 2012, a study indicated that, in addition to antimony, brominated compounds can also leach into PET bottles . Bromine, a naturally occurring element that is a liquid at room temperature, can irritate the skin, mucous membranes, and tissues . But it's not clear from the study if the concentrations of leaked bromine are at dangerous levels.

This plastic is used to bottle milk, water, juice, cosmetics, shampoo, dish and laundry detergents and, household cleaners. Bags for groceries and cereal box liners are also made out of the stuff.

But, as a 2011 study pointed out, most plastic products release estrogenic chemicals — including HDPE. Chemicals having estrogenic activity (EA) are suspected to cause health problems, especially at low doses in fetal and juvenile mammals. EA exposure has been shown to alter the structure of human cells , posing potential risks to infants and children. As the authors pointed out, “ all commercially available plastic items would leach detectable amounts of chemicals having EA once such items are exposed to boiling water, sunlight (UV), and/ or microwaving." [emphasis added]

It's worth noting that, as NPR pointed out , The “study doesn't look at health risks. It simply asks whether common plastic products release estrogen-like chemicals other than BPA."

This versatile plastic can be rigid or flexible, and it's commonly used in the production of blister packs and clamshells (for storing pills, for example). It's used to make bags for bedding, shrink wrap, deli and meat wrap, and tamper resistant lids .

And it's the first of the bad ones.

A Swedish study from 2008 found that plasticized PVC — which can be used to make artificial leather, bath tub toys, inflatable bathing rings and table cloths — and polyurethane — to make artificial leather, floor coating and children's handbags — all leach toxic chemicals into water . The study didn't assess the impacts of these chemicals on humans, instead chronicling its impacts on the Daphnia magna flea and the length of time it was rendered incapacitated.

That said, an investigation into two types of phthalates , which are used as a plastic softener for PVC, has shown an association with asthma in children . Di(2-ethylhexyl) Phthalate (DEHP) is used widely in consumer products, including plastics, vinyl flooring, and personal care products. DEHP is a highly soluble compound that is loosely chemically bonded to plastic and leaches into blood or other lipid-containing solutions that come in contact with the plastic.

A separate study corroborates this research, stating that, “Phthalates from polyvinyl chloride (PVC) plastics may have adverse effects on airways and immunologic systems,” but noted that “[t]he lack of objective exposure information limits the epidemiologic data.” Meaning that more work needs to be done testing humans.

And a study from last year showed a link between phthalates and female fertility in mice .

You can read more about DEHP and how we're exposed to it here . It's worth noting that DEHP is among the first six compounds that the EU is phasing out under its Registration, Evaluation, Authorization & Restriction of Chemical substances (REACH) program.

They're used in shrink wrap, coatings for paper milk cartons and hot and cold beverage cups.

LDPE is used to make container lids, toys, and squeezable bottles (like honey and mustard).

They're also found in medicine bottles, bottle caps and closures, and bottles for ketchup and syrup.

PP is considered a safe plastic.

This is another plastic you'll want to avoid .

A fundamental problem is that styrene can leach from polystyrene. Styrene has been linked to cancer, but the Environmental Protection Agency has not given it a formal carcinogen classification. That said, the EPA admits there's an association to an increased risk of leukemia and lymphoma ( among other things). Other studies show that styrene can act as a neurotoxin in the long term. Studies on animals report harmful effects of styrene on red-blood cells, the liver, kidney, and stomach organs. That said, most styrene concerns don 't appear to come from polystyrene.

The NIHL lists styrene as a probable carcinogen, but says that the styrene leached from polystyrene food containers are at "very low" levels. It also notes that styrene is known to cause lung tumors in mice .

A 2007 study showed that, in Styrofoam and PS cups, “hot water was found to be contaminated with styrene and other aromatic compounds.” Temperature was shown to play a major role in the leaching of styrene. But whether or not styrene leaches into food and water from polystyrene at dangerous levels is a claim that's still contested. But as the 2007 study concludes, “Considering the toxic characteristic of styrene and leaching in water and other products, PS material should be avoided for food packaging."

You can also read the CDC's official statement on styrene here .

Last but certainly not least, we have the nastiest one of all , Plastic #7. It's a kind of catch-all designation that describes packages made of a resin other than the six standard types. It's also used to describe plastics made from any combination of the standard six plus other resin types.

These plastics are used to make such things as three- and five-gallon reusable water bottles, including some citrus juice and ketchup bottles. It's also used to make oven-baking bags, barrier layers, and custom packaging.

Obviously, it's difficult to pin down the health risks for such an unspecified category, but the most significant issue with this class of plastics is the hormone-disrupting chemical bisphenol A (BPA). Some bottles, including baby bottles, are made of polycarbonate plastic , a polymer made with BPA. Just one week of polycarbonate plastic use can increase urinary BPA concentration by two-thirds . And indeed, BPA is ubiquitous; it may be present in as many as 95% of adults .

A quick summary of the health risks associated with BPA include reproductive abnormalities like lower sperm counts , hormonal changes, enlarged prostate glands, asthma , abnormalities in the number of chromosomes in eggs, and pre-cancerous changes in the breast and prostate (at least in mice). It's also been linked to obesity and insulin resistance .

There are also epigenetic factors to consider. BPA suppresses the expression of a gene that's vital to nerve cell function and to the development of the central nervous system . It may also predispose both animals and humans to neurodevelopmental disorders, autism included. 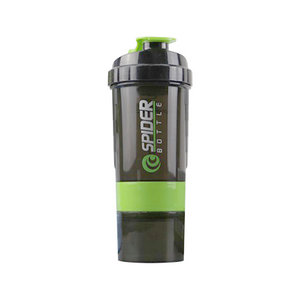